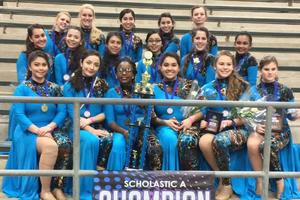 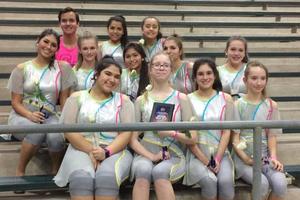 Sponsored by the Texas Educational Color Guard Association, the championships were divided into various categories. SVHS Varsity Color Guard competed in the Scholastic A division and placed first in all categories including Best Equipment, Best Movement, Best Design and overall Best General Effect, making them the State Champions.

In addition, Senior Jordan Leyendecker won a $1,000 scholarship from the TECA to the college or university of her choice.

Color guards generally perform with high school and college bands. They may use flags, rifles and sabres in their routines, and they perform choreographed dance routines using these various apparatuses.